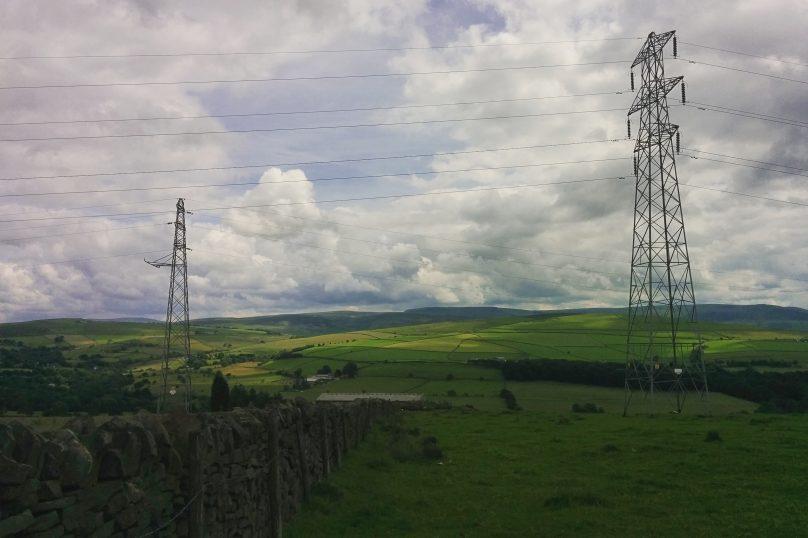 ENW’s requirement was to upgrade the existing 33kV Overhead tower line to achieve a circuit rating of 31MVA, far in excess of that capable with the current conductor system.  Further, the line was due for scheduled refurbishment which would be undertaken at the same time. LSTC were engaged following scheme sanction to scope out and deliver the up-front design works, scope construction requirements and finally produce tender documentation ahead of ENW tendering the site aspects of the work.

In a combined effort with ENW, LSTC commenced by undertaking a detailed condition assessment of the 80+ year old route, concentrating on the tower steelwork and foundations. This would be instrumental in establishing the true extent of site works necessary, and in determining the assets’ capability of supporting the proposed High Temperature, Low Sag (HTLS) conductor system. In keeping with ENW’s preference for standardisation, it was decided early on to steer the design towards using ACCC Helsinki™ conductor, which incorporates an innovative, carbon fibre core. A full structural analysis of the route would be undertaken in PLS CADD to the latest BS EN 50341 design code.

The adoption of HTLS conductors brings with it complications not apparent with conventional ACSR or AAAC conductors. Whilst the ACCC Helsinki™ conductor demonstrates inelastic properties with changes in temperature, enabling it to operate at sustained temperatures of up to 180°C with little impact on sags, its performance under mechanical load often rules the design. Consideration was given to site specific weather events to be expected over the future design life of the line, with the final design tailored to maintain statutory clearances under iced conditions whilst meeting the structural capability of the towers.

Following the investigative condition assessments, it was determined to be cost-effective to replace all towers on the route, together with foundations on certain structures. However, the original towers having been designed in the 1930’s were of imperial design. As part of the scheme, LSTC metricated the whole suite of towers, creating new Arrangement Drawings, Piece Small Details and Material Lists enabling them to be re-manufactured using current, metric, steelwork sections. This metrication work also incorporated any strengthening identified necessary from the structural analysis. The construction phase of the project was let in Spring of 2018, with scheme completion expected towards the end of the year.