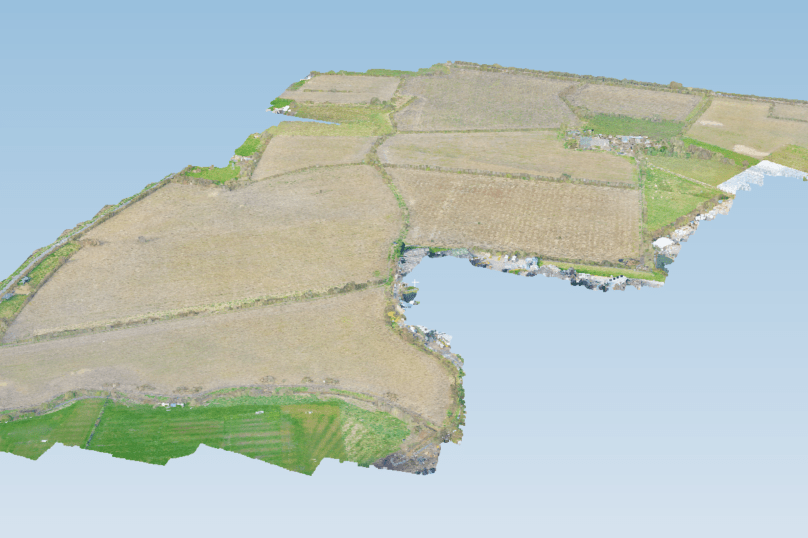 LSTC was approached by a Yorkshire based housing developer to collect comprehensive and accurate data for a 300 Acre site in East Yorkshire. Due to the sheer size and open nature of the site, it was decided that aerial drone-based photogrammetry would be the quickest solution to collect the large amount of data requested by the client.

The imagery needed for photogrammetry was collected using a DJI UAV with built in GPS sensor and high definition camera payload. This allowed for the collection of over 1500 high-resolution images in a single day of pre-programmed flight.

While on site the surveyors established over 20 survey control points using GPS equipment, which were visible in the imagery and used in the post-processing stage for accurate registration of the images and to ensure that the outputs were to OS coordinates.

The 60GB of imagery was compiled and processed through Leica Infinity software, which analyses, orientates, and combines the images into a single point cloud.

The large-scale point cloud that was produced allowed us to export numerous useful deliverables:

Due to the versatility and completeness of the point cloud data, further deliverables such as flatness reports, volumetric calculations, and phased analysis can be quickly and easily produced.